“Hold it right there!” was like the starting pistol for the race to get out of the stadium.

We had just watched an evening Royals game and the challenge that stared us in the face was to get into Arrowhead Stadium, since it was right there. We were athletic teens and hopping a tall fence was no problem. So we did. We were innocent in our intentions. Once on the field we fantasized about catching the winning pass. We ran pass patterns on the turf. We were amazed at the crown of the field; how much it sloped to all sides. I stood at midfield and looked up to see the names on the ring of honor and felt I was treading on holy ground.

Really, what did we think would happen? We didn’t and it did. The chase was good but only lasted a few minutes. We spent the next few hours in a holding cell with nothing but cold concrete walls and conversation about what would happen next.

Running is not an option. Oh, trust me! We have thought about it. If we could see another way out we would go for it. But this thing now is about the fight. When cancer said “Hold it right there!” Tara showed me the other side of ‘fight or flight’. She turned to face it. Now she is more like running right at it. She has embraced this temporary new life; baldness, skinniness, sluggishness, etc. and has done it with joy. Take a look at that picture. That is not a woman who is running from it. She is a woman who finds joy. 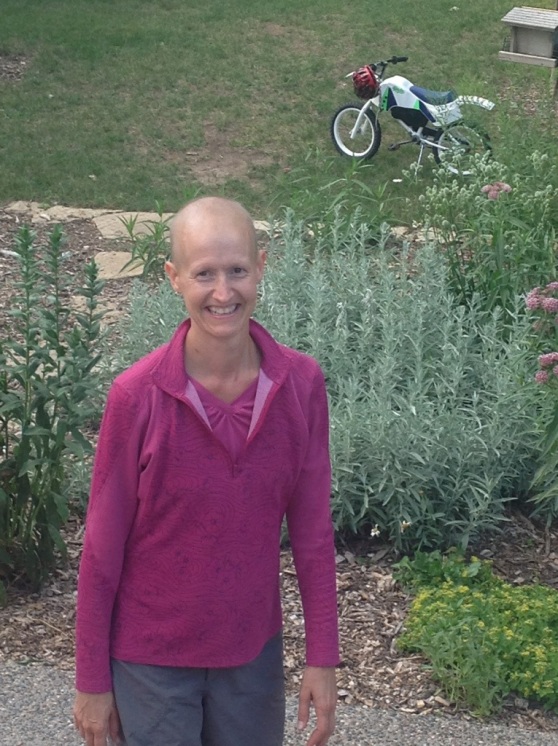 13 thoughts on “Fight or Flight”